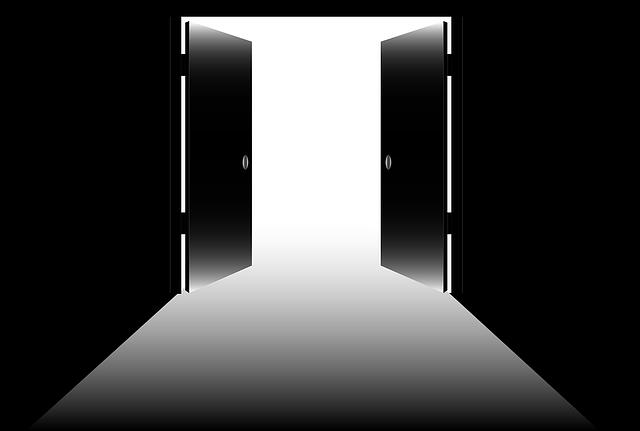 It was time to say “goodbye,” not to a person, but to a place, tool, and strategy. First, I hung around for awhile, hoping that conditions would improve. I also tweaked the tool’s ever-changing settings to compensate its inadequacies. And I tried adding layers of corrective maneuvers to compensate for poor marketing results. But the incompatibility, inefficiency, and ineffectiveness could not be ignored. Facebook just wasn’t for me. And so, I bid farewell to the crowd (place), disconnected the lines (tool), and abandoned the network (strategy). In the fall of 2017, I tore my Facebook profile down to a bare minimum.

Once upon a time, it was I who encouraged fellow entrepreneurs to learn about this amazing new marketing vehicle. Free, accessible, clever, engaging, and reasonably simple: Facebook could bring customers to you. Most are still finding success with this social media kingpin; focused participants are getting remarkable results.

Sadly, this was not the case for me. That which made Facebook so attractive in the first place — its ability to engage with others on a subjective, give-and-take level and in the comfort of each user’s private space — has blurred the boundary between customers and friends, facts and emotions, and strategies and amusements. For some types of businesses, this is gold. For mine, it was a road to trouble. Because Facebook was steering me away from my career goals, I changed course. Here are seven reasons why:

More accurately, I wasted too much time on Facebook. I couldn’t resist the distracting, fantastical headlines. Promising to only take a quick peek to investigate, I repeatedly found myself on journeys to examine random topics or quests to oust malicious lies. The case of Russian agents manipulating national opinion with falsehoods is just one example of the nonsense I’m glad to be free of. I need to spend time acquiring knowledge, which will come from far more reliable sources than Facebook.

Try as I would to avoid it, as I scrolled, I compared. “I wish I was them; I’m glad I’m not them; I can’t believe someone could do such a thing.” Envy. Discriminate. Judge. No matter how productive I was feeling when I logged in, inconsequential matters would leave me in a sour mood for hours after I logged out.

Of course there were connections that inspired me, too. So before I changed my account, I made a list of them and sought alternative means to stay connected.

There’s no denying that Facebook links together people that might otherwise never meet. But what happens when something happens to Facebook? If precautions aren’t taken, those virtual relationships vanish.

One day I realized how faded my contact list had become after years of Facebook-driven, Facebook-maintained connections. I no longer had manual records of the addresses, phone numbers, or emails of many of my most valuable networking contacts. If I lost my Facebook account, I’d lose all that information. I had fallen prey to the hypnotic temptation of ease and convenience.

Meanwhile, old fashioned, face-to-face or voice-to-voice networking is sticky and uncomfortable for me. So Facebook had become my live-networking scapegoat. Why bother combing your hair and polishing your shoes when you can network online in your pajamas? Now I am returning to opportunities to participate in more of the lunch dates, happy hours, and business card exchanges I once knew so well. They were always far more productive anyway.

Should it ever happen that I am awarded my 15 minutes of fame (or worse, become a victim of a crime) I want the image used on the nightly news to be one from my collection, not some randomly tagged, unflattering, pixelated photo from that day I drank too much with a real, personal friend.

Additionally, in my work as a commentary and essay writer, my strong opinions are my product. The interplay of debate and discourse with others strengthens the quality of this product, because it challenges and sharpens my perspective by asking me to consider different angles. But trolls and idiots with wireless anonymity — basking in the absence of visibility, body language, and tone; or potentially under the influence of alcohol or drugs — can derail intelligent conversation and spark an emotional response from me that I can never retract.

Every word a person puts down and every photo he or she dives into has the potential to make or break his or her career. Whenever I’m ghostwriting for a client or publishing my own work, I take this fact very seriously. I mark my words, images, and reputation with care. Yet, every time I accept a random connection, I risk being tied to scandal. And every comment made in heated debate has the potential to become a public and offensive misunderstanding. I’m already out on a limb with this writing career; freeing myself from the additional liability of Facebook has been a big relief so far.

A person accepts certain responsibilities as a condition of Facebook use. One is to guard his or her profile. Unattended accounts invite hackers. The hack then spreads by association, like shaking hands with everyone you know during flu season. Further, the occasional or random Facebook user doesn’t fit into the society’s expectations. If I’m “on” Facebook, my Friends assume I know when someone received an award, celebrated a birthday, lost a cat, or changed the start time for an event. “You didn’t KNOW; I thought you were on Facebook.” It’s been easier now that I can say, “I’m off.”

#6: A Deceptive Path to Abundance

Businesses are encouraged, rightly so, to share knowledge as a way to engage customers. But who really profits when I give away the best of what I’ve got to some aggregator with a giant server? The best photo. The most clever observation. The deepest wisdom. Social media’s got-to-share trap is tethered to some colossal profiteers.

Collecting and disseminating a million, tiny, “shared” contributions without fair reciprocity is the way money is made today. The author and technology genius, Jaron Lanier, clarified this in his book, “Who Owns the Future?” While you might retain the copyright to your “work,” Facebook (and others) owns the lens through which the world sees it. And it owns the data — the gold of today — collected with every peek. The Facebook company reported that its 2nd quarter 2017 net income was nearly $4 billion, which equates to about a half-dollar per user in just three months. Social sharing is big business, built penny by penny on the stuff we post and the clicks it gets. And since I left last year, protection of the privacy of that data has become a heavy topic for the United States government to tackle.

Meanwhile, Lanier’s book is a hopeful call for the solution to the “poisonous concentration of money and power in our digital networks.” He believes there can be an alternative, one where sharing brings micro-profits to the contributors, not mega-profits to the distributor. You can be sure that I am watching for this change.

#7: Popularity Has Never Been My Ambition

What writer doesn’t dream of being so well known that agents and publishers beg you to write for them instead of the other way around? Since I lack fame or fortune, obtaining a million Likes on Facebook could make the impossible happen, or so the experts say.
Yet, I’m not willing to write what is necessary to collect one million followers on a platform that caters to the whims of a fickle popularity algorithm. This is not to suggest I’m a snob. I’m simply being realistic: my writing will never elicit that kind of response.

Nor do I desire mass attention. I have accepted that I will always be among the countless artists whom few people know about. Begging for Likes and stretching to reach people beyond the perimeter of my grip always flings me into crippling emotional discord. Thus, I have refocused my aim: to serve my small niche of readers well. All my attention has been redirected toward that which expands my heart and craft. I have rejected the demands of a virtual persona and returned to that which favors the same universe that grants me my creativity, curiosity, talent, character, and abundance.

I realize there are settings and techniques within the platform to account for some of my concerns. But like the axe that never stays sharp, constant maintenance takes too much time away from the task at hand. And nothing can be done to prevent the negative effects of a distracted mood, added complications of an ever-changing tool, or the contradictory consequences of being pulled away from that which I want to touch, feel, smell, taste, or experience.

My challenge now is the same as it’s always been: to live fearlessly outside the trends without losing my place at the table. I’d be honored if you stayed with me through email subscriptions or RSS feeds to my newsletter, blogs, or forums. I am currently working on improving my subscription services. (Watch for more info. to come soon.)

My personal Facebook profile is now minimized and hidden, and my business Page remains as only a skeletal presence to guide acquaintances to my alternative contact information. Farewell Facebook. Thanks for the ride.

Stay updated via email; join one or all of Ruth's private lists now!

Note: You will be redirected to a page on RuthHeil.com.